Can You Go to Jail for Driving Without a License? 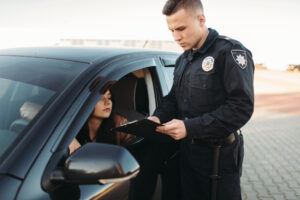 Driving without a license could mean having no valid license or just not having it in your possession. The difference between the two could be jail or no jail.

Texas law requires that you be licensed to drive and also be able to display your license at the request of a law enforcement officer. If you have a valid license but don’t have it with you when you are stopped, it usually results only in a summons to appear in court, at which time you can simply present your valid license and pay a $10 fee to dismiss the charge.

But unlicensed drivers, and those whose licenses have been suspended or revoked, face far graver consequences, the most serious being a mandatory jail sentence.

What’s more, if in addition to driving without a license you were driving without insurance and were at fault in a car accident that resulted in serious injury or death to another person, the offense escalates to a Class A misdemeanor punishable by a $4,000 fine and/or a maximum of one year in jail.

Conviction of driving while suspended also causes the suspension to be extended for the same term as originally ordered. Further, you may be assessed a $250 annual surcharge for three years.

To determine the penalties you may face for driving without a license, consult with an experienced defense attorney at The Law Firm of Richard L. Ellison P.C. Call us at 830-955-8168 or contact us online to arrange an appointment.