Can You Go to Jail for Driving with a Suspended License? 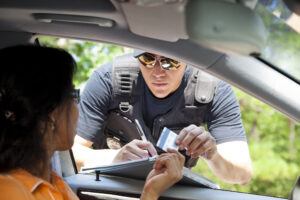 Jail is a potential consequence for driving with a suspended license. Under the Texas Transportation Code, in order to operate a motor vehicle, a person must possess a valid driver’s license. Licenses can be suspended or revoked for several reasons and for different lengths of time. Despite the inconvenience and hardship a suspension or revocation may cause, it is important to know there are stiff penalties for violations.

But even on a first offense of driving with a suspended license, it is possible to face jail time if:

In any of those circumstances, the offense becomes a Class B misdemeanor, subject to that level of penalties.

Worse still, if you drive while your license is suspended or revoked, you have no insurance and you were at fault in an accident that caused serious injury or death, you can be convicted of a Class A misdemeanor punishable by a fine of up to $4,000 and a maximum of one year in jail.

In addition, conviction of driving while suspended causes the suspension to be extended for the same term as originally ordered. You also may be assessed a $250 annual surcharge for three years.

To learn more about the legal consequences of driving with a suspended or revoked license and about the possible remedies available to you, consult with an experienced defense attorney at The Law Firm of Richard L. Ellison P.C. Call us at 830-955-8168 or contact us online to arrange an appointment.